We are a private family property investment company, with a heritage dating back to 1967. Through our portfolio of retail shopping centres across the Sydney metropolitan area, our strategy is to breathe new life into existing shopping centres and developing community hubs.

Our founder, Bernard Chan saw Australia’s potential and uprooted from Papua New Guinea in 1967. He invested in a number of commercial properties with a core value in mind — to protect the family’s future. Today, after three generations, the Banna Property Group continues to build on an extension of that core value — to enhance the community’s future.

Reviving neighbourhood shopping centres, our integrated suite of property management, leasing and refurbishment initiatives enable a strong mix of retailers to collectively drive their businesses to significant growth. Our aspiration is to develop destination hubs for respective communities. Ours is a place to work and play — an accessible destination that the community can call their own.

The Banna Property Group manage over 30,000 square-metres of retail property space, varying from retail strips to large community based neighbourhood shopping centres. We have grown organically over the years — placing integrity at the heart of everything we do. We cultivate an environment that shares knowledge and ideas, as well as exercise transparency through our work ethics. 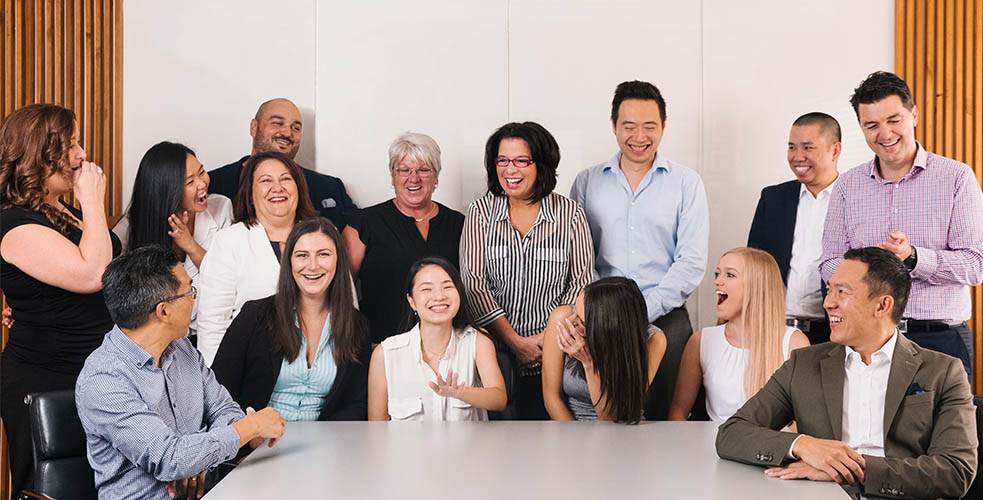 Get to Know Us

We appreciate a healthy mix of people with diverse backgrounds. We work together to share knowledge and innovative ideas, as well as sharing a sense of fun.

We share a commitment in attention to detail, with a refreshing approach to property management. That’s us.

The name ‘Banna’ in the Banna Property Group was formed in recognition and out of respect to our founder, Bernard Chan and his wife Anna. The group was established in 2009 to manage the family assets. We like to think of it this way — everyone who works with us are like part of the family. We’re all on the same boat. And so we want to bring on board people with different skill sets that complements our collaborative team.

In the modern day business world, we have come to appreciate that knowledge collected and passed down family generations is a rare and valuable trait — it is knowledge that is unique to a brand. It encompasses integrity, trust and longevity.

Passed down from generation to generation, and now under management by family members in the third generation, the visions of their late family patriarch, Bernard Chan continues to thrive.

The Chan family’s Banna Property Group specialises in commercial properties in New South Wales, from retail strip complexes to neighbourhood shopping centres. Banna’s vision is to enable a strong mix of retailers to collectively drive their businesses to growth, at the same time giving retired or redundant shopping centres and community hubs a new lease of life. While Banna’s suite of commercial portfolio continues to grow the family’s wealth, it is hard to believe that it all started from humble beginnings — their current success was and continues to be a result of hard work, dedication and vision to evolve with the ever changing community and business needs.

Bernard Chan was born in Rabaul, Papua New Guinea in 1912. In his early business venture, Bernard took out a loan from his father to take over the management of a general merchandise store, which also included three coconut plantations. All was well until WWII broke out and Papua New Guinea was invaded. Bernard’s wife, Anna and their four boys were evacuated out of town. Bernard remained in Rabaul throughout the duration of the war. Everything was destroyed.

Bernard did not succumb to the hostilities of WWII and was motivated to rebuild the store. The coconuts were replanted, taking almost twenty years to revive the plantation production. Eventually, Bernard’s perseverance paid off and his business eventually grew to include cocoa and copra plantations, shipping and real estate.

In the early 1950s, Bernard explored further across the horizon and started to invest in Sydney. By 1967, the Chan family migrated to Australia. Content that he had done his best to secure the family’s future, Bernard retired. His four boys, Tony, Ali, Andy and Vincent took over the management of the family’s investment portfolio.

Passing the baton on, the business continues to be managed by third generation family members, and lead by his grandsons Brad Chan (CEO) and Rod Chan (CFO).

Bernard and his family were devoted Catholics and active members in the Catholic Associations. This spirit of ‘Unity’ continues to play a key emphasis in Banna’s core values.